Warrington, 15 February 2016 – Synaxon, the UK’s leading dealer services group, has unveiled the British Gulf War veteran and best-selling author, journalist and broadcaster, John Nichol as the guest speaker for its annual member conference, which will take place in Nottingham this June.

The RAF navigator and Flight Lieutenant was at the centre of one of the most pivotal events of the conflict, after his aircraft was shot down by Iraqi forces in January 1991 and he was held as a prisoner-of-war and tortured by his captors. The ensuing pictures were flashed around the world and became an enduring symbol of the first Gulf War.

Nichol has since become a renowned motivational speaker and will address delegates at the forthcoming Syanxon Annual Member Conference, which will be held on Thursday 16 and Friday 17 June at the East Midlands Hotel and Conference Centre in Nottingham.

Synaxon will be placing a strong emphasis on the future at the conference, which will take the theme, Tomorrow’s World. Derek Jones, Managing Director of Synaxon UK, says: “We want to encourage our members to look forward and be positive, to be bold and ambitious, to plan ahead and believe that they can achieve their goals. We are very excited to have John Nichol as our guest speaker and I am certain he will be a real inspiration to our members. His experiences qualify him to speak with unquestionable authority about surviving change and adversity and turning it to your advantage, and about having self-belief, planning ahead and being progressive in everything you do.”

LogicNow has been confirmed as a headline sponsor for the event and the vastly experienced MAXfocus security lead, Ian Trump, will deliver one of the keynote speeches. Autotask will be attending as a Gold Partner and Microsoft will be sponsoring the gala dinner. Other confirmed exhibitors include Entatech, Inbay, B-Silque, Dansk Computer Centre and Western Digital. Further details will be announced in the coming weeks.

The conference, now in its sixth year, has become a major channel networking event. Synaxon staff have already started work on booking one-to-one meetings between exhibitors and members. Over 300 pre-arranged meetings took place at last year’s event and thousands of informal conversations were held at exhibition booths and during the gala dinner on the first evening.

Registration for the event is now open at:  www.eventbrite.co.uk/e/synaxon-uk-national-conference-2016-registration-20681988384?ref=ecount

More information can be found on the Synaxon website at http://synaxon.co.uk/events/2016-conference/ 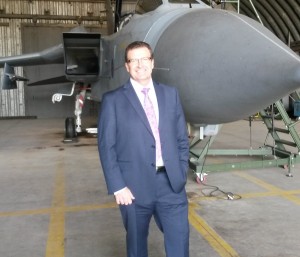 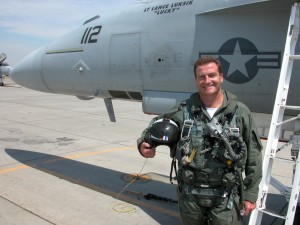 About Synaxon
Synaxon is Europe’s largest grouping of independent IT resellers and system houses. It provides a range of services that enable resellers to enhance their marketing and build a strong presence in their chosen market and take full advantage of the extensive stock-holding and supply-chain capabilities of distributor and vendor partners. Synaxon partners have exclusive access to the unique EGIS (Enterprise Global Information System) on-line purchasing and information platform, through which they are able to locate, check availability and order products from Synaxon supplier partners. In addition, Synaxon provides a range of pro-active marketing services which reseller members can use to drive sales activity.

Synaxon is already well-established in Germany, where it has nearly 3000 partners that generate around €3 billion of gross external sales annually, representing 15 per cent of the German market. Through EGIS, these member partners have access to more than 200,000 products from over 200 distributors. Synaxon UK was established in September 2008 (fully launched in January 2009) and now has a UK reseller membership of 630 independent resellers with combined revenues of around £700 million of gross external sales.