Telford – 19 July 2018 – Entanet’s continued investment and commitment to putting the channel at the heart of shaping Britain’s full-fibre future continues to turn heads as the company landed its second industry accolade in as many months last week at the UK Internet Service Providers Association (ISPA) awards, held at the Midland Hotel in Manchester.

The award-winning provider of full fibre communications services, which is part of the CityFibre group, was named winner of the Best Wholesale Broadband category. In a citation on its website, the industry body stated: “Entanet took the Best Wholesale award after an impressive year that has seen added investment, a strong wholesale operation, good access to fibre and real potential to significantly transform the market.”

Entanet was also a finalist in the ISPA 20th Anniversary Award which recognised businesses that have made an outstanding contribution to the industry over the last two decades.

“Our latest award triumph is further fantastic industry acknowledgement of our unique position in the market. As part of CityFibre we are a new breed of wholesaler, providing the only true alternative to the incumbent with our own infrastructure and established wholesale channel. That’s opening up a wealth of potential and opportunity for our partners,” said Stephen Barclay, Entanet’s Sales Director.

The success follows hot on the heels of Entanet scooping the Channel Supplier: Connectivity award at the Comms Business Awards, held in London in June.

Barclay added: “This is an exciting time for Entanet and its channel partners. We are becoming an increasingly influential force in Britain’s economic future – we are ensuring future-proof connectivity for the UK through the building of full fibre infrastructure and the delivery of gigabit- capable services. We are thus enabling our partners to take full advantage of the massive and growing demand for genuinely fast, highly-available connectivity services.” 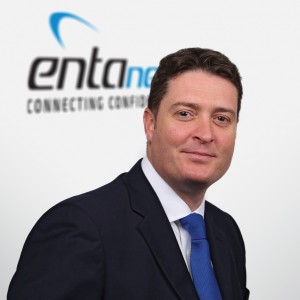