Telford, 28 March 2017 – Entanet, one of the UK’s leading ISPs and providers of wholesale communications, has labelled Ofcom’s new proposals to provide fixed levels of compensation to broadband users for outages and delays, as a recipe for confusion that could potentially cause channel players serious problems.

In a new article on the Entanet opinion website (https://www.enta.net/opinion/), Neil Watson, Head of Service at the firm, says that for the many companies that sit between Openreach and BT at one end of the supply chain, and the consumer at the other, the plans could have some serious implications.  While the company has its own independent network and provides broadband on a wholesale basis, Entanet ultimately falls into this category too.

“Like every supplier in the UK using the BT backbone, we rely on Openreach to fix any faults on the BT network, and conduct any installs. When something breaks on the BT network, or an Openreach engineer doesn’t turn up – why should reseller A (the ‘retail provider’) have to bear the brunt of the compensation claim?”

He also notes that funding compensation payments for a major outage – which might affect scores or even hundreds of customers – could cause serious cashflow issues for smaller third-party providers, and that these companies have no control over when problems are finally fixed and therefore what compensation will need to be paid out. “Yes, they should be able to claim it back up the channel, but how long will that take?” Watson asks.

He is also concerned about the further potential for contention and complexity when it is not clear where the blame for an outage lies “It’s far from uncommon to have issues where Openreach have difficulty finding the root cause of the issue and where it lies (e.g. on which network – BT’s or the suppliers’) or won’t admit that the issue is on their network.”

While agreeing with the principle of compensating customers for significant outages and other issues, he concludes, it is also important for customers to understand that from time to time, there may be faults and issues with services and calls for greater focus to be put on guarantees and service levels agreements.

The current proposals will now enter a period of industry consultation until 5th June and are due to be implemented 12 months later. 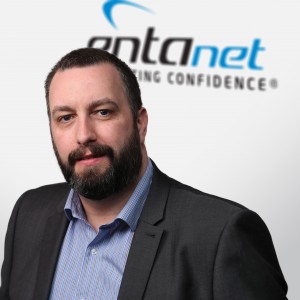 About Entanet
Entanet is a leading wholesale voice and data communications provider and operates via a network of wholesale and resale channel partners. It was founded in 1996 and employs over 110 staff at its offices in Telford, Shropshire.

Entanet offers an extensive portfolio of connectivity services, including wholesale and packaged broadband, leased lines, EFM, IP VPNs, hosting and colocation, VoIP and traditional telecoms. The company operates its own fully-resilient nationwide next generation network which enables it and its partners to provide up to 10Gbps capacity to customers right across the UK. In addition, it has further connectivity into Amsterdam and Frankfurt and over 900 peering relationships across Europe.