Warrington, 20 April 2017 – Synaxon UK has announced that BT will be supporting DMSL, one of  BT’s Business Partner Channel’s Premier Partners, at the group’s 2017 National Conference, which takes place at Heathrow in June.

DMSL, which is also a Synaxon supplier partner, is a major sponsor of the channel services group’s conference, which is expected to attract close to 500 delegates from member and supplier companies from across the UK IT industry. DMSL will be using the occasion to talk to resellers about its plans to drive partner engagement and business development for BT’s super-fast broadband and hosted voice offerings for UK SMEs.

Derek Jones, Managing Director of Synaxon UK, stated: “We are thrilled and honoured to have DMSL as a sponsor for this year’s conference and that BT will be given a high profile. BT is such a big and trusted name in both the business and consumer markets and it is sure to attract a lot of attention. It’s a great opportunity for our members to hear more about the opportunities to take BT’s full range of products – from superfast broadband and hosted voice, though to mobile – to market in partnership with Synaxon and DMSL.”

John Carter, Managing Director of DMSL, added: “BT’s coming together with EE has sent a ripple of expectation through the whole market. Resellers are looking forward to hearing about our plans to engage and support them on BT products and the Synaxon Conference will be the perfect place to do that.”

The Synaxon National Conference has become a pivotal event in the annual IT trade calendar, bringing together delegates from resellers, retailers, office products dealers, managed services providers, distributors, services providers and vendors. Last year’s gathering in Nottingham was a huge success, with almost 400 attendees and more than 330 formal one-to-one business meetings taking place over the two days. As well as the daytime conference sessions, the event allows ample time and facilities for networking and business meetings to take place. There is also a gala dinner and awards ceremony on the first night.

The 2017 event takes place on Thursday 15 and Friday 16 June 2017 at the Park Inn Radisson at Heathrow. The venue is close to the M25 and its junctions with the M3, M4 and M40, and well-served by tube and rail links from central London.

Registration for the event is now open at:  https://www.eventbrite.co.uk/e/synaxon-uk-national-conference-2017-registration-30948021365?ref=ebtnebregn

More information can be found on the Synaxon website at http://synaxon.co.uk/. 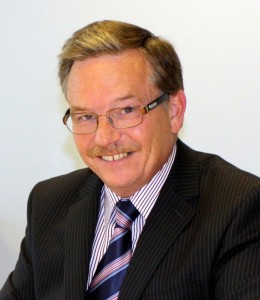 About Synaxon
Synaxon is the UK’s leading services group for the ICT and office products channels. It provides a wide range of services that help its members to grow and develop their businesses.

In addition, Synaxon provides named account management to all its 600-plus members and works with them to ensure they can access all the support and services offered by Synaxon’s vendor, distributor, and both managed and cloud services partners. Synaxon UK’s members have estimated combined gross revenues of more than £1bn gross external sales.

Operating from offices in Warrington, Synaxon UK is part of a European organisation, headquartered in Germany, where it has almost 3000 established partners that generate around €3 billion of gross external sales annually, representing 15 per cent of the German market.