Warrington, 26 February 2019 – SYNAXON, the leading channel services group for resellers, managed services providers, independent retailers and office products dealers, has appointed Derek Jones as non-executive Chairman of the UK organisation, as it prepares to enter the next phase of its growth and development.

Derek Jones established SYNAXON’s UK operations in 2008 and has steered the operation through more than a decade of success. He is now taking up this senior executive role in which he will concentrate on broadening and deepening relationships between SYNAXON UK and its channel partners and members. Jones will also continue to be a member of the managing board of SYNAXON AG, the UK operation’s parent and Europe’s biggest and most successful channel services organisation.

Jones stated: “I’m excited about taking up this new role, especially given the huge commitment that SYNAXON AG will be making in the UK organisation over the coming year. For me it is a natural evolution and, after ten years of working extremely hard to establish SYNAXON as the leading channel services group in the UK, one that I am relishing. The planned investment from our German parent will see us expanding the breadth and depth of services we offer to our UK members and channel partners. This will make SYNAXON even more integral and essential to the fabric of the UK’s IT and managed services channel.”

Frank Roebers, Chief Executive Officer of SYNAXON AG, added: “Derek has done a remarkable job in firmly establishing SYNAXON as the leading channel services group in the UK over the past decade. We thank him sincerely for his diligence and determination. He is a key member of the management board of SYNAXON, and we now expect him to play an even more vital role in shaping our growth strategy, whilst continuing to be the figurehead for SYNAXON UK and helping us to extend our strategic business partnerships.”

Jones will continue to work closely with the UK management team and also with the operational teams at SYNAXON AG in Germany, the structure of which will now be mirrored in the UK. Further investment will see the group’s UK headcount expanded significantly and a number of major new services introduced.

Members can expect many of the new services and initiatives to be announced at the forthcoming SYNAXON UK Member Conference, which this year takes place at Jury’s Inn hotel, Hinckley on 20 and 21 June. Prior to that, SYNAXON UK plans to hold further gatherings of its fast-growing SynMSP community – one of which is scheduled for next month at the same venue. 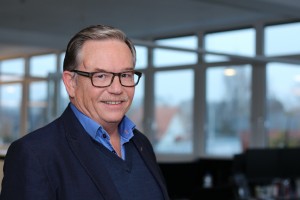