Basingstoke, 05 October 2020 – Tech Data (Nasdaq: TECD) has jumped to 15th position – up from 60th last year – in the RateMyApprenticeship’s Top 100 Employers Table after achieving excellent levels of success in only its second year of running an apprenticeship scheme.

Of the 13 apprentices who embarked on this year’s programme, nine have already moved into full-time roles with three of the others deciding to go on to university instead. Of the 2019 cohort, seven remain with some already moving into business development or category management posts.

“It’s a tremendous achievement given that the scheme has been running for such a short time”, said Sandie Jackson, Apprenticeship Programme Manager at Tech Data UK. She believes its success is down to a combination of a positive attitude, detailed preparation, and harnessing natural energy reserves.

“Tech Data make the apprentices feel at home. The programme is well planned and structured, and the apprentices know that they can have a long and successful career here. One of the experiences they like the best is the Outward Bound Course at Eskdale, in the Lake District. They learn about their own strengths and weaknesses, plus how to work as a team. Capturing the enthusiasm, encouraging drive, getting the buy-in from managers across the business to support the scheme and only releasing the apprentices to teams when they are ready are also important.”

As well as young people who are just starting out on their careers, Tech Data has an active programme of encouraging new entrants into the industry and is always emphasising that it is not only for the technically-minded.

Martin Boyce, Sales Director at Tech Data UK, said: “The roles you can play in the IT industry are really diverse – from sales and marketing to law and finance – and we should be promoting that rather than the technology focus. We recruit on potential and make sure that we promote those broad opportunities to progress different careers in the apprenticeship scheme and other programmes. Getting the very best young people into the industry early and then developing them is really important.” 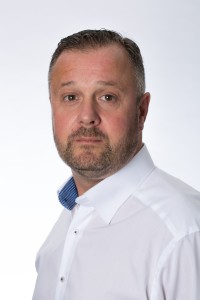