Internal special interest group provides an environment in which colleagues can express themselves openly, regardless of sexual orientation or gender identity/expression

Basingstoke, 24 June 2021 – Tech Data has launched a new business resource group (BRG) for LGBTQ+ personnel to the UK and Ireland. Known as SPECTRUM, the group provides colleagues with a workplace community in which everyone can express themselves openly.

The group has been launched to align with Pride Month. Allies and anyone at all interested from Tech Data UK and Ireland have been invited to attend an initial, online meeting on Friday 18 June. This introductory session will be an open forum on the subject of Gender and Sexuality. Attendees will be invited to express their views and put questions to the SPECTRUM panel for UK and Ireland, which consists of lesbian, gay, bisexual, pansexual, and non-binary gender colleagues, and one colleague who is the parent of an LGBTQ+ teenager.

David Watts, senior vice president, UK and Ireland, Tech Data, said: “Tech Data is committed to maintaining a culture that celebrates diversity, equality and inclusivity. We are really looking forward to seeing how the SPECTRUM UK and Ireland team can make a difference to the LGBTQ+ community and all colleagues. We had an amazing response from colleagues who took part in our survey to help us better-understand LGBTQ+ affinity and experience within our UK&I organisation.”

Following this month’s launch and initial meeting, the SPECTRUM BRG for the UK and Ireland will be holding 30-minute drop-in sessions every month, to discuss LGBTQ+ related subjects, such as Gender, Coming Out; Openness in the Workplace; and supporting LGBTQ+ Children. Larger-scale quarterly events, featuring guest speakers from LGBTQ+ organisations and Q&A sessions, will also be organised.

Tech Data’s business resource groups (BRGs) provide positive forums for our colleagues to discuss common experiences and goals with individuals of like or similar interests. Tech Data has been running a BRG, Elevate, dedicated to empowering women to thrive in their careers through development, education, and networking, for some time in the UK and Ireland. 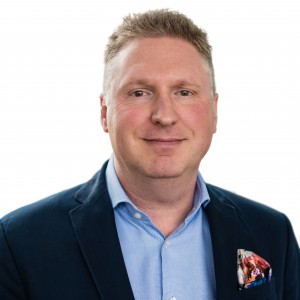