An article on Channel  Partner Insight caught my eye earlier this week. One reason was the headline, which read: “Atea CEO: ‘I don’t think hyperscalers will take over the world’”. While he’s not really saying anything wildly controversial here, this is certainly an eye-catching statement and a good example of how a simple comment in the middle of an interview can become the main draw for the story.

By the way, in my view, this is a good article, The interviewee – Steinar Sønsteby, CEO of Nordics reseller business, Atea – comes across well. But playing down the global domination ambitions of the hyperscalers wasn’t the only point he made.

What he said in full on that was: “I don’t think the cloud, the public cloud, the hyperscalers will take over the world. I think they’ll be a very good addition to how you can get to resources. For some the hybrid world is more of a perfect fit, and for others the public cloud is not for them at all.”

That’s a more measured statement than the extracted section used in the headline, which implied in a subtle way that world domination is the goal for the hyperscalers. You won’t find that phrase in any of their mission statements, that’s for sure.

But it does make for a good headline – and that’s the whole point. It gets your attention and increases the chance that you’ll click on the story. In this respect, it’s good both for the website and for the company being covered – more people are likely to see and read the article.

Sometimes a headline won’t make the person who was interviewed happy because, in their view, it does not focus on the right part of the story or discussion. This can be frustrating, but it’s important to understand that you are not in control. Once you have done the interview, it’s over to the journalists who write the stories and the headlines. If something is completely wrong or misleading, of course, you can ask for it to be changed. But otherwise, it’s not your call.

There are two key takeaways here. First of all, make sure you prepare before doing an interview. Think about and rehearse your messages. Make sure you deliver them clearly. Use colleagues with media experience and anyone else you can as a sounding board. Second, keep it in perspective. The headline might not focus on the main point you wanted to make, but it will be designed to attract as many readers as possible and in the end, that’s what both you and the media want.

If you want to discuss this, or any other question you might have over relationships with channel media, feel free to get in touch. 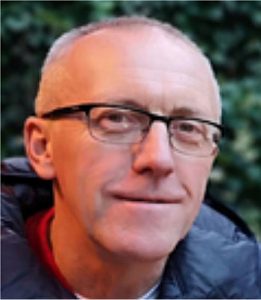 "How to make a channel editor’s life easier" click here